How Will Brexit Affect International Students Coming to the UK? 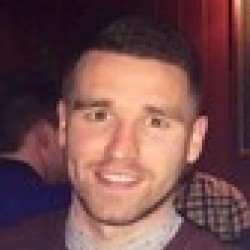 The uncertainty of which direction Brexit will take has impacted several industries, with some proclaiming the fear is exaggerated, while others are making decisions based on the worst-case scenario. It’s not just businesses and expats living in other countries who are facing uncertainty however, international students could also find things change when it comes to making an application.

Although studying may be a possibility in the current climate, it may not be just as viable for some following the outcome of Brexit. Of course, there is no guarantee of this as there is only speculation to go on at this point in time. The uncertainty stems from there being no current solid plan in place relating to Brexit and whether relationships with the EU will continue. There’s also an uncertainty of how the trade industry will suffer, due to there being no solid guidelines in place.

This uncertainty inevitably filters through to universities, simply because they are governed like anyone else, so the right procedure must be followed. The problem is international students won’t know what these changes will mean for them and so we are in a current state of flux.

What Brexit Means for International Students

Firstly, it should be noted that international students that fall outside the European Union (EU) or European Economic Area (EEA) shouldn’t be affected by Brexit as there will already be procedures in place for this demographic.

Much of the worry arises because current students or those looking to apply that fall within the EU or EEA would be dealt with in the same way as British students, but the outcome of Brexit could mean that this all changes. This could affect those from the EU or EEA looking to study in Britain, as well as students who have already made plans in relation to their education.

There could be other implications within the decisions made, such as the British Government looking to limit the number of international students it allows to study in the UK. Although the deadline for Brexit is March 29th 2019, there is still a possibility this could be pushed back, which again causes more confusion.

Will Students Need to Apply for a Visa?

When part of the EU and EEA, students that fall into this demographic very rarely must produce any form of visa. However, if Britain leaves the EU with no contingency plan in place, it’s very possible that students from the EU and EEA will be dealt with in the same way as other international students, in that they will need to apply for a student visa.

Are Student Fees Likely to Increase?

Again, the outcome of the Brexit can only be speculated at this point, so those looking to study in Britain face more uncertainty in relation to the fees that need to be paid.

Knowing whether they are likely to increase or decrease is difficult to determine, as other factors will come into play, such as the strength of the British pound (GBP) following Brexit, and the subsequent decisions made in relation to the exit from the EU.

Not at all. British universities have not changed their stance on encouraging international students, but most are set to follow the guidelines put in place once Britain leaves the EU. The uncertainty can do a lot to dampen enthusiasm for potential international students, but those looking to study in the UK should ensure they stay updated in relation to Brexit, as well as referring to the guidelines in place on the individual university’s website at the time of applying. Staying abreast of developments and engaging with universities will help obtain more clarity and at the current time it’s still a waiting game however as things stand nothing has changed and the UK is still very much “open for business” when it comes to welcoming international students to its universities.

Written by Stuart Cooke, Blog Editor at UniBaggage.com a baggage delivery service that helps international students move to and from the UK all around the world.

If you want to recruit students and enables prospects to have peer-to-peer and group conversations with student ambassadors, you can learn more about our tools and get in touch with any questions!

Keep updated with everything going on at TAP and follow us on Twitter and LinkedIn. You can sign-up to our monthly newsletter about student recruitment, higher education marketing and widening participation, here.